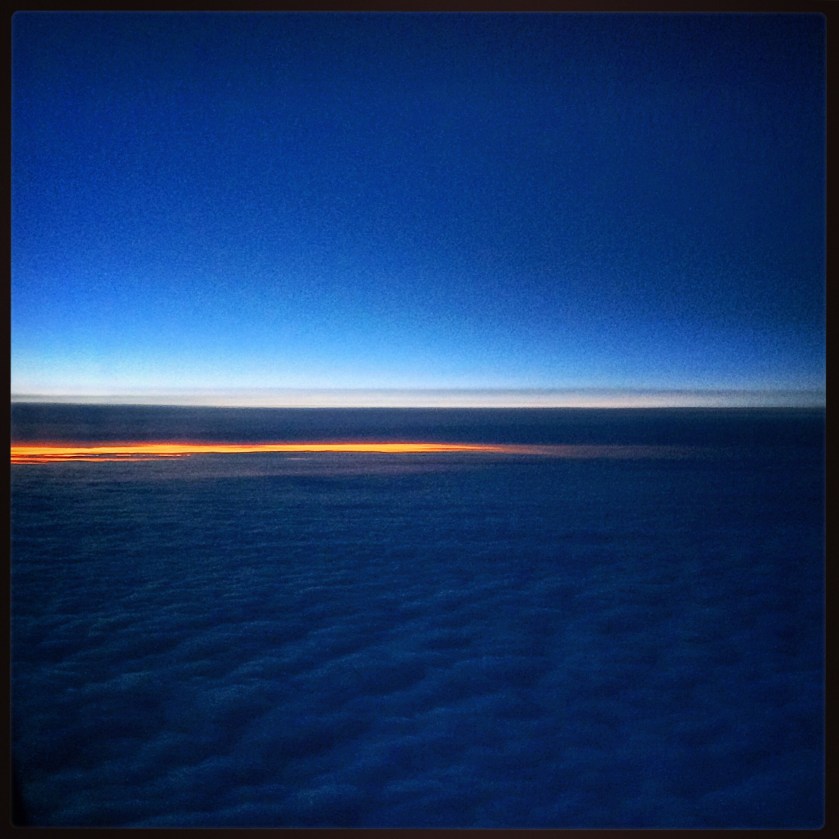 As bleary-eyed as I was for the 5:24 AM flight to Denver (thanks for getting me to the airport, Liz!), I still enjoyed seeing this sunrise from the plane. It didn’t hurt that I was sitting in First Class – not because I’m some high roller type, but thanks to the miles we rack up on our Visa card.

Oh yeah – I also got a nice view of the Rockies as we approached Denver: 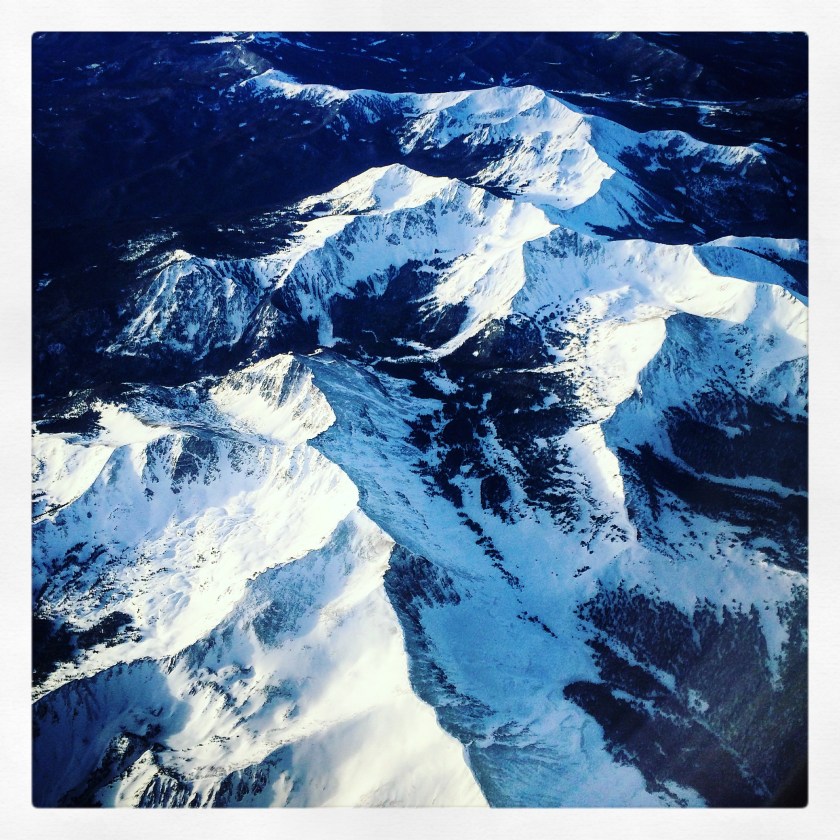 After staring down there in awe for a few seconds, I suddenly realized, “Oh yeah – I’ll be seeing those again, just a little closer, when Alex and I make our way west!” Hmm. Seems a long way off right now.

Anyway, the flight was smooth and the stopover in Denver was uneventful, unless you count the idiot who apparently thought he was the very first person to think of commemorating his first step inside the Denver airport by belting out, “ROCKY MOUNTAIN HIIIIIIIGH!!!” Dude should’ve learned the actual melody first.

I’d been worried that the blizzard conditions on the East Coast might interfere with air traffic at a hub like Denver, but happily there was no impact and my flight to Detroit left only a few minutes late. Since it was the longer of the two flights, it should’ve been the one where I napped a little to catch up on lost sleep. But the nappage, it would not come. So I listened to my music, enjoyed the extra space of an unoccupied middle seat (yay), and wrote some of this post.

Fast-forward several hours…I landed in Detroit, picked up my slick Hyundai Tucson all-wheel-drive rental, claimed my spacious suite at the dripping-with-prestige Red Roof Inn in MELVINDALE (apparent motto: “Bring your kids – hell, please bring extra kids that aren’t even yours – and encourage them to run riot throughout the entire facility at all hours! It’s what we’re here for!”), dined stylishly at a hole-in-the-wall family-run Mexican food joint, then returned here and wrapped up this post while pandemonium raged all around me as the overexcited and undersupervised juveniles squeezed in their last hour of chaos before the hotel pool closed.

Last I heard from Alex it was snowing like crazy in New York but expected to subside around midnight, so I’m hopeful that he can still meet with the potentially helpful people he was hoping to see, and still manage to get out of the city on Monday so that our travel plans can go forward without any major hitches. But we’ll just have to see what tomorrow brings.